Aashray for Sick And Helpless Animals

1. Puppies must never be separated from their litter or mother before 8weeks of age.
2. You should never get a puppy who is younger than 8weeks of age. 8weeks is the minimum. Selling a puppy who is below 8weeks of age is a legal offence.
3. A puppy separated from the mother before 8weeks gets deprived of the mother’s milk which impairs its immune system rendering it weak and prone to diseases in the future. No dog food or supplement can make up for it.
4. A puppy separated from its litter before 8weeks of age also tends to develop poor social skills and may exhibit destructive behaviour, such as chewing on to furniture, shoes, biting family members etc.
5. Breeders lose incentive to keep a puppy when it starts to partially accept solid food which usually happens at around age of 3-4weeks and are in a hurry to sell them off. Keeping a puppy beyond this usually means lower profits and excess expenditure on puppy’s meals and upkeep. Often these puppies are kept in poor conditions and not fed properly. 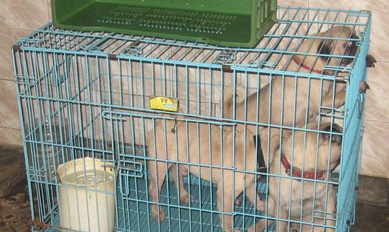 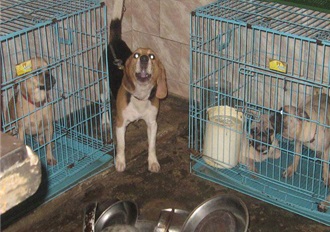 (Young puppies living in unhygienic conditions, chained, caged and in closed spaces without much food, water and proper ventilation)

6. Puppies are a marketing tool as along with them breeders push forth a lot of several other items from their shop such as packets of puppy foods, toys, grooming kits, leashes, collars, crates and beds to the new prospective owner. You pay for a lot more than the puppy itself. With a practical absence of regulatory framework and its enforcement one can easily find breeders and shops that have cropped up around every nook and corner in a city, dealing in dogs and puppies. Where law enforcement is there the breeders circumvent the same by locating their place of businesses outside the municipal limits, either in villages or slum areas. Cramming puppies in closed spaces. Certain vets (not all) also serve as conduits of selling these puppies for the breeders through their clinics to make an extra buck.

It is mandated by law for every breeder to have a certificate of registration, issued after an inspection by the State Animal Welfare Board, and renewable every two years, besides certain states mandate compulsory registration with Municipal Corporation as well. A Kennel Club of India certificate has no legal/regulatory sanctity. W.e.f. April 2020 every breeder is supposed to be registered with the state animal welfare board, failure to do so will make him liable to punitive actions under relevant sections of the law. 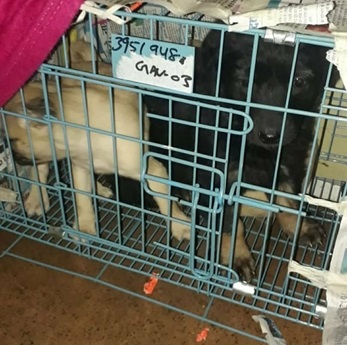 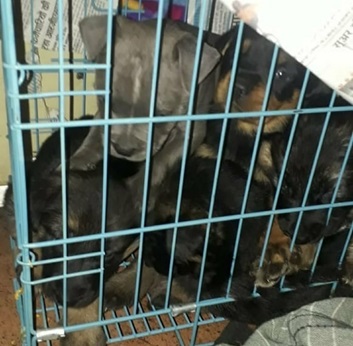 (Very young puppies stuffed in cages, waiting to be sold by a breeder)

7. These breeders deploy methods which are far from humane to raise litter after litter from the mother dog, who in all of cases is malnourished, is subjected to rape. The mother is injected with hormones to make her stop lactating, go in heat sooner so she can be mated again to give birth to a new litter. 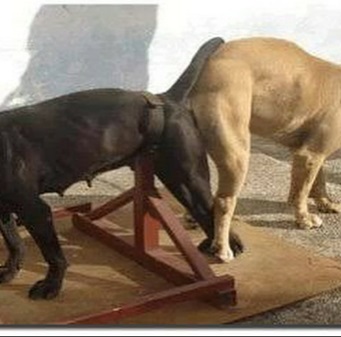 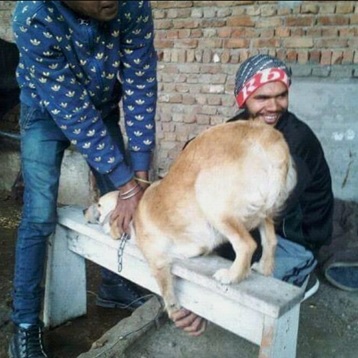 (Forceful mating of the female by the breeders, deploying force or by using rape stand)

8. Once the conceiving capacity of the mother is reached and when she can no longer give birth to a new litter of puppies, she is either killed in the cruellest of ways by either she is drowned in the river, killed or is simply abandoned on the streets left to die alone, by the breeder 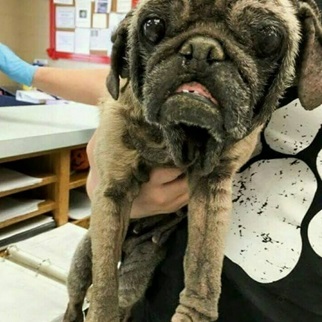 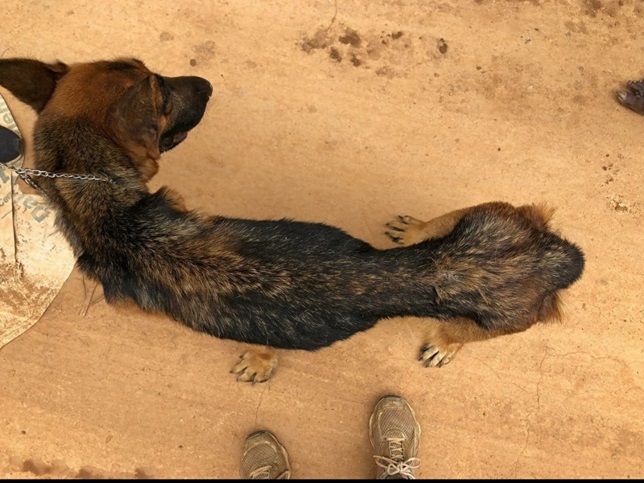 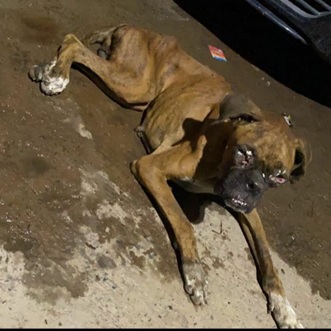 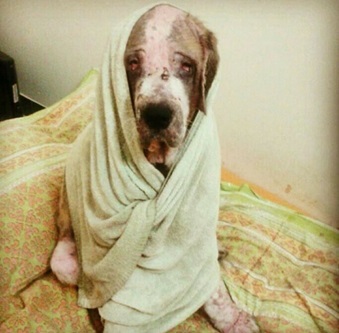 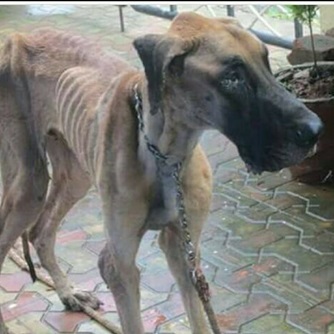 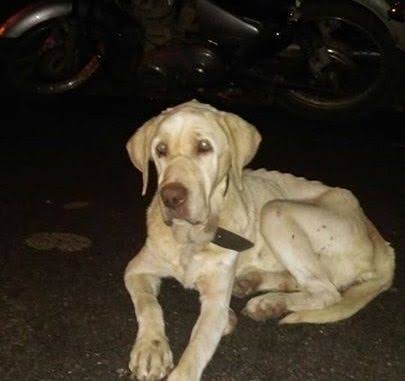 (Malnourished, exploited (read raped) female dogs (a few among many across all breeds) who were abandoned by the breeders once they could no longer conceive. The real victims of puppy purchases. While you walk away with a cute puppy, it’s his mother whose exploitation your money fuelled, whose life you made a living hell and for whose death you will be held responsible)

9. Puppies born to such an exploited mother are bound to have immune issues which translate into higher medical bills as they grow older.
10. Out of the entire litter only males are sold to buyers, and not females because they go in heat, can get pregnant. The breeders keep some of the females from the litter to put them back into breeding business, some they sell to other in the breeding industry, and the remaining are killed at birth.
11. No matter how genuine or considerate your intentions are, but by paying thousands to lakhs in order to buy a puppy, you in fact have paid for a female dog to remain in cage for entirety of her life, who is forced into mating (read as raped) and producing more pups, litters after litters till her body physically gives up. Your money pays for the unsaleable female pups to be killed at birth. And your money has paid for abuse and sexual exploitation of a sentient being.
12. Most of the exotic breeds are not suited to Indian Climatic conditions and will develop issues with age. Eg. Siberian Husky, St. Bernard, Golden retrievers etc.
13. Breeders often deploy dubious ways of marketing puppies by defining their traits on basis of the breed, such as a German Shepherd will make a good guard dog, or a shih-tzu is a calm dog etc. Do not fall for these. A dog is what you make of it based on the training you impart and time you devote towards it. Just as all humans are unique, so are the dogs.
14. Never buy puppies off from internet or social media sites, where breeders put up fake photos of celebrities being their clients. Buying puppies from internet is not only cruel but also illegal.
15. Ask yourself this, if an act of buying a human will be termed as human trafficking, how is buying a dog any different?


What you can do?

1. Adopt a dog or puppy from your local shelter

2. Adopt an indie dog, indies are known to be smart, better suited to Indian conditions, they have a remarkable ability to adapt. Thereby translating into lower medical bills and healthier life in the longer run.